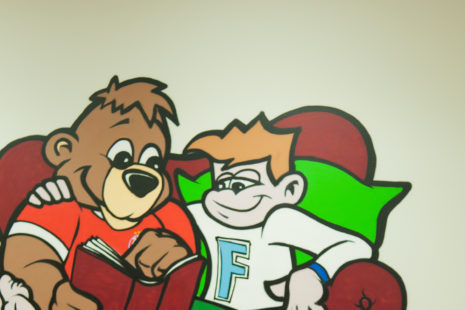 Football fun for young and old. Whilst the adult fans can enjoy the championship record-holder’s home games, there is no expense spared for young fans to have a good time too. The FC Bayern children’s play world and FC Bayern children’s lounge enable youngsters aged between 3 and 9 to play to their heart’s content, guided and supervised by staff.

Wissenswelten Management GmbH has taken over the planning and organisation of the FC Bayern children’s play world and FC Bayern’s children’s lounge since July 2015. Ever since the start of the partnership, the fun, games and attractions experienced in the Allianz Arena have gone from strength to strength. This includes a children’s climbing wall, an adventure obstacle course and continual new ideas for making things.

Furthermore, Wissenswelten Management GmbH was assigned with the day-to-day running of both areas and has provided the staff trained in working with children since 2015. This service enables parents to watch the match with the peace of mind that their kids are being looked after and are having an exciting time. 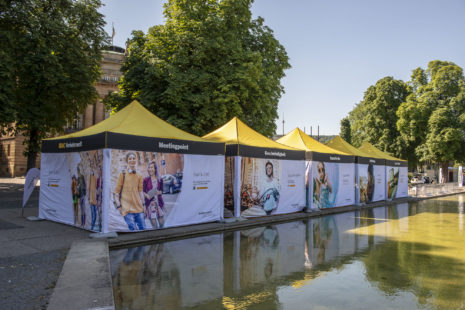 Accident prevention is one of the main funding priorities of the ADAC Foundation. In order to raise youngsters’ awareness concerning dangers of traffic that lurk on the streets, the “Traffic World” project was set up in 2012. “Traffic World” is a tent city comprising four interactive modules focussing on the themes of “blind spot”, “distraction”, “Drunk Buster Impairment Goggles™” and “speed”. Traffic World is on tour throughout Germany every year between March and October, stopping by at schools as well as at other public events.

Wissenswelten Management GmbH and Erlebniskontor GmbH worked together to adjust the contents as well as to create exhibits for the “Traffic World” which are more digital, mobile and topical. The four themed tents focus on the following dangers: “distraction”, “blind spot”, “speed” and “Drunk Busters Impairment Goggles™”. Participants experiment with and try out things which confront them with typical situations that arise in traffic. To get the 14–17 year-olds interested in the contents, the stations are interactive and multimedia-driven – varying from intoxicating glasses which simulate an alcohol level in the blood of 0.8 per cent, to a VR module and driving simulator. The teenagers are guided by hosts who have been taught how to get the message across to youngsters. Wissenswelten Management GmbH takes on the role here as staff service provider and was assigned with organising and running the project.